Learn more about our doctors 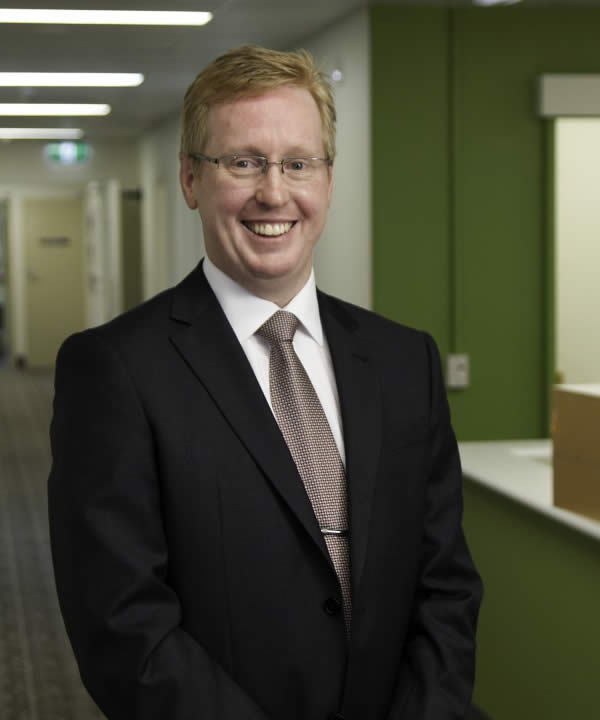 Dr French came to Brisbane in 1999 to study medicine at the University of Queensland, having previously worked for 10 years in Melbourne as a Radiation Therapist. Dr French is formally qualified as a Consultant Physician and Geriatrician and specialises in Geriatric Medicine and Rehabilitation. Dr French's practice is shared between Greenslopes Private Hospital and Brisbane Private Hospital, and his primary rooms are at the Greenslopes Specialist Centre. Dr French also attends patients at St Vincent's Private Hospital at Kangaroo Point intermittently.

Dr French's areas of special interest are in Rehabilitation of the older person, Orthogeriatrics and perioperative management of the older patient. Dr French is also interested in the maintenance of function and wellbeing toward healthy ageing for those people whose medical issues may be impinging on their future independence and function.

Dr French has significant involvement in Physician training and education as an Examiner since 2015 with the Royal Australasian College of Physicians, as well as creating and running Queensland's ongoing Clinical Examination Preparation Program, which was first run in 2011. He also holds the title of Senior Lecturer at the School of Medicine, University of Queensland, having been involved in medical student teaching and examinations for many years now. In his spare time, Dr French is actively involved in medical education, speaking regularly on a number of topics including management of the frail elderly in the context of conditions such as diabetes, orthogeriatrics and polypharmacy, as well as osteoporosis and pain managment. He has been an Invited Speaker locally and interstate, and has travelled to the USA and Europe as an Invited Speaker. Anthony has had significant involvement in research including polypharmacy and sponsored trials of novel pharmacotherapy of Alzheimer's Disease.

Dr French created the Queensland Geriatric Medicine Group in 2013 to offer increased access to Geriatric Medicine care for the ageing population, with coordination of services by Geriatricians and other specialists interested in various aspects of Geriatric Medicine and care of the older person to create a comprehensive service and referral point.

Dr French is a Consultant Physician and Geriatrician and specialises in Geriatric Medicine and Rehabilitation.

Dr French became a Fellow of the Australasian College of Physicians in 2013, having completed training in Geriatric Medicine including specialist training at The Prince Charles Hospital, Princess Alexandra Hospital and Greenslopes Private Hospital. Dr French completed his MBBS at UQ in 2002 and his Applied Science degree at RMIT in Radiation Therapy in 1989. Dr French came to Brisbane in 1999 to study medicine at the University of Queensland.

Senior Lecturer at the School of Medicine, University of Queensland, having been involved in medical student teaching and examinations for many years now.

Dr French has had significant involvement in research including polypharmacy and novel pharmacotherapy of Alzheimer’s Disease. Dr French was the Principal Investigator for a number of international drug trials in Alzheimer’s Disease in 2011 at the Prince Charles Hospital.